Home GENERAL INFORMATION About us History
History
Varna shipyard is a symbol of traditions, quality and safety of the production.

The foundations of the company have been laid in 1907. Nowadays it is the largest enterprise in Bulgaria in tonnage and ship’s size, technology and organization.

Varna shipyard started shipbuilding by building and repair of small vessels – cargo vessels with wooden hull. The foundations of the steel and concrete vessels are laid with the construction of the first passenger ship 21 tons Galata, built in 1937 followed by a period of fast growing production of different types of medium-sized and large-sized vessels. 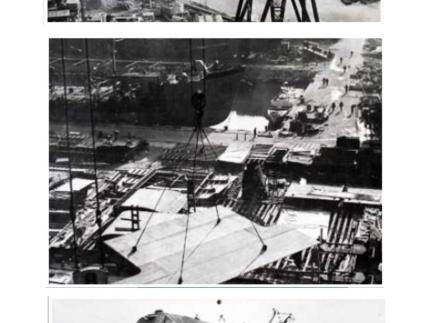 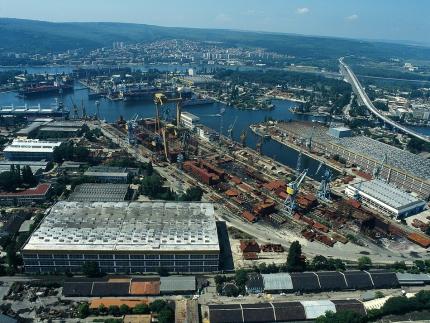 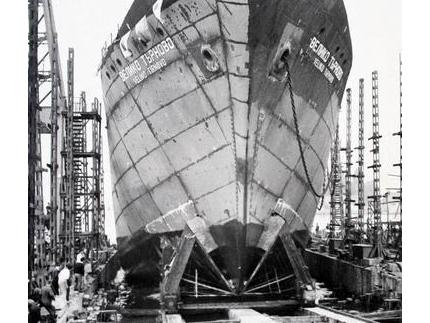 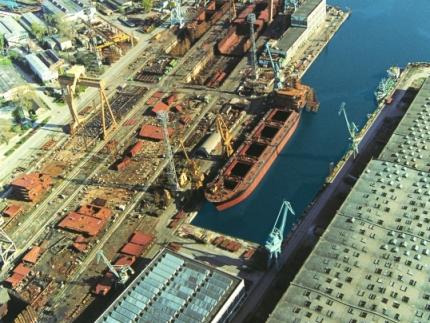 The main shipbuilding facilities are implemented within 1967-1968 – both large and small graving docks, first steel fabrication shop, ship berths and others.

In 1977 Varna shipyard added to its assets and know-how 100,000-tons tanker Khan Asparuh – the largest tanker ever built in Bulgaria. Shipbuilding at Varna shipyard is set on scientific grounds thanks to the Institute of Shipbuilding, highly-qualified specialists are prepared at the Secondary Vocational Nautical School as well as university graduates in Varna, specializing abroad.
The portfolio of the shipyard comprises small vessels (3,000-tons general cargo vessels, tramp vessels, 4,000-tons tankers), passenger ships (100 рах) up to large vessels (38,000-tons bulk carrier, 29,990-tons oil carrier, 15,000-tons multipurpose vessel, 25,000-tons bulk carrier, container carrier for 400 containers etc.). The shipyard has laid down solid foundations with its production on the international market – a large amount of the built ships are sold to Poland, former USSR, Czechoslovakia, Hungary, China.

So far the shipyard has built more than 850 ships for 27 countries, trading worldwide under the flags of over 22 countries.

The Shipyard repairs more than 60 vessels from different types per year: Some of the most notable clients of Bulyard SI AD are Noble Corporation, Tsakos Group and many others.

The shipyard’s plans are to increase the new building business, especially in the area of energy constructions, cranes, hulls for specific vessels such as offshore suppliers and etc. Currently the company is working on a project for building of sample steel constructions for green energy production, which have to be finished until the end of year 2017. There have been manufactured different types of steel constructions.

The main goal of Bulyard SI AD is to be as more flexible as possible, to expand the range of offered services and by this to find more and more new markets and reliable customers.
Copyright © Bulyard Shipbuilding Industry AD
Web design by InterSOFT